It’s probably cheaper than if you did it at your place (or just about anywhere else), and it’s definitely easier.

If you want to go nuts at the bar, the sky’s the limit, but parties often wind up being around 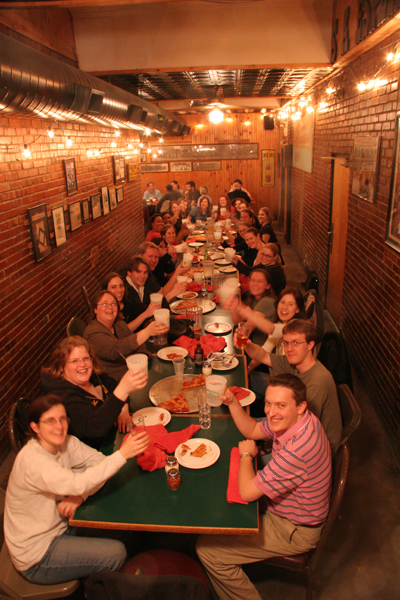 Thinking about an event?
Click here to get started

Here is some general info about the party/event rooms:

Downtown, in The District…

Shakespeare’s Downtown has the alley party room. It really did used to be an alley between two buildings, but now it’s all closed in and a pretty cool space for about 45 people. the original downtown location is our busiest, so we often use this space for overflow dining.  But on some nights, we can reserve it for you. 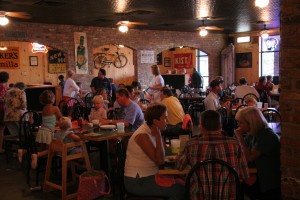 Shakespeare’s West has been open since 2003, and it has a room in the back too, that seats about 45-50.  It is available more often than downtown.

Out South, kinda sorta behind Sophia’s, and across from 44 Stone: THE BIG ONE…

South has been open since the summer of 2012.  It has a bit more dining space than downtown, plus party rooms for 20-120.

South has one great big room that can be divided in half with sound-rated hotel divider panels, and then one of the halves can be divided up again into quarters.  It’s maxed out with 120, or each half can seat up to maybe 60.  Here’s the room with 150 sorority ladies whooping it up (they couldn’t all sit, but they like each other, so they made it work)…

Check out the party room blue prints here. The three aren’t quite to scale in relation to one another, but this will give you the general idea of each room.  Connell Architecture is real proud of these pics, so if you don’t like them, don’t tell them because they’ll cry.

What’s it cost?  Look see: Party Room Rates in a Chart That’s Easier to Read than the One Below