We’ve all been there … the cute kid is at the door, selling gift wrap or magazine subscriptions or any manner of things we really don’t want or need, but we buy it anyway to support the cause. What if it was something that we really liked and wanted and were glad to buy?

This plan is simple. Sell to friends, family, co-workers and neighbors. The more pizzas you sell, the more money you make.

Anybody can do it: this is a great idea for PTA’s, school bands and  soccer teams, of course; but if you just need a new set of whitewalls, or are getting way too first-name-basis with the receptionist a the plasma center, then sell some pizzas! We don’t care. 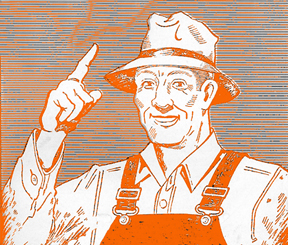 But remember, you’re selling Shakespeare’s Pizza: It’s the same pizza as the restaurants, it just went through a freezer instead of an oven.  The same recipe, the same ingredients, the same stuff that tops the polls every year, the same folks in the back listening to the same Led Zeppelin album and wearing bandannas.

We sell them to you for $7, and we suggest that you sell them for $12.  You make five clams on each pizza sold! At that rate, here’s The Frozen Fundraising Potential:

If you are outside of Columbia, a destination fee might apply, but you’ll likely still rake it in.

If you’d like to talk more about a Frozen Pizza Sales Fundraiser, call our Frozen Sales Department at 573-268-2371, or shoot a note below!

(There are no required fields, but the more you tell us, the easier our job is.)

Would you rather fundraise by inviting all your hundreds of hungry friends to come eat AT ONE OF OUR AWESOME LOCATIONS?
Check out out or 15% Back-At-Ya Fundraising Plan!